At Cruz Creamery, we love ice cream! While that’s probably obvious, what you might not have guessed is that we like to nerd out about the world’s favorite frozen food from time to time. In today’s blog, we’re scooping up a serving of five fun facts about ice cream that are sure to be a hit the next time you need to bust out some new knowledge! If you’re in the mood for some delicious, natural ice cream made by Santa Cruz’s own Polar Bear Ice Cream, or some amazing frozen yogurt, stop by Cruz Creamery today. We’re always here serving up the tastiest snacks!

People Have Been Enjoying Cold Treats for Thousands of Years!

According to the book “History of Food” written by Maguelonne Toussaint-Samat, 4,000 years ago, rich people in China may have had frozen desserts made from syrup served to them after meals. Thanks to the vast network of trade that spread from Asia to the Middle East, these desserts eventually landed in the Persian empire. Later, the Roman emperor Nero served fruit juices mixed with honey and snow at feasts. Over the next few centuries, many different cultures were exposed to these desserts and made variations of their own. It wasn’t until after the Industrial Revolution that ice cream became available to people who weren’t extremely rich. We will cover the history of ice cream in more depth in a different blog, but hopefully this was enough information to whet your appetite for knowledge (and ice cream).

America holds the record for eating the most ice cream per year, and it’s not that surprising — since we were kids, we’ve all loved it! So how much ice cream does

the average American citizen eat every year? According to the International Dairy Foods Association, your everyday American will eat approximately 23 pounds of ice cream per year! For an idea of how much that is, Americans also eat 23 pounds of pizza every year! The IDFA says that US manufacturers make almost 1.55 billion gallons of frozen desserts every year. That is the weight of more than 40,000 blue whales!

Lots of Us Have Ice Cream on Hand All the Time

Statistics show that the vast majority of Americans (87 percent!) have ice cream waiting in their freezer for them at any given time. If you’re a part of that unlucky 13 percent or you don’t want to dirty any dishes, come on down to Cruz Creamery for your go-to favorite treat!

At Cruz Creamery, we have created a comfortable, fun atmosphere that is perfect for people of all ages and tastes! With tons of flavors ranging from classic vanilla to exotic fruit ice creams, as well as a huge topping bar, we’ve got everything you could ever hope for! Come grab a cup of coffee while your kids enjoy a cone, or bring your office by for a Friday afternoon treat! We know that you’ll love it here! 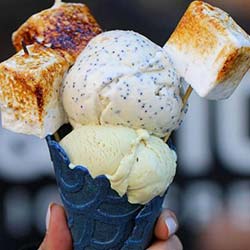 We serve only quality frozen yogurt that contain 4 live active cultures and use only the best ingredients. 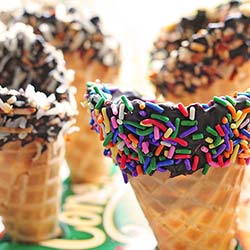 Let us handle any event you are having, and we will make it an unforgettable experience. 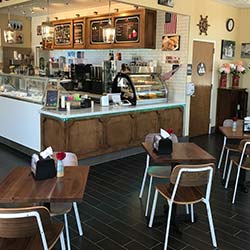 Our passion for delivering meaningful experiences to our guests is at the heart of Cruz Creamery.